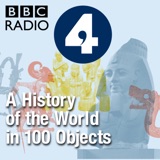 A History of the World in 100 Objects 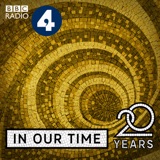 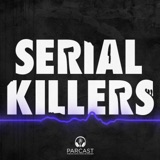 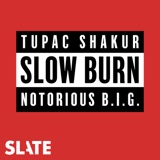 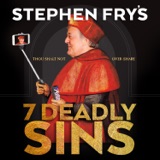 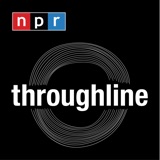 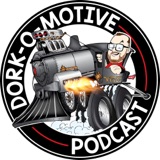 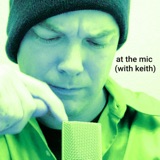 At The Mic (with Keith Malinak) 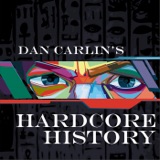 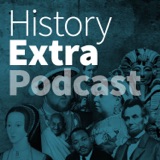 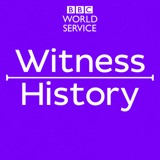 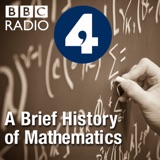 A Brief History of Mathematics 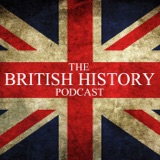 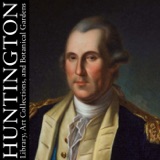 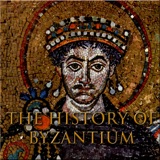 The History of Byzantium 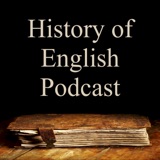 The History of English Podcast 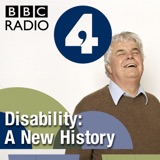 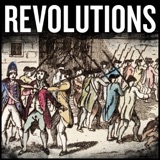 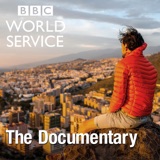 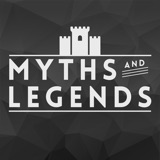 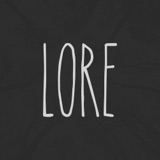 Hello, Secret History fans! Here's an episode of another show we think you might like: Cautionary Tales from Pushkin Industries. Learning from our mistakes can be hard. Learning from other people’s mistakes...well, that’s a lot more fun. In Cautionary Tales, from Pushkin Industries, economist and journalist Tim Harford retells true stories of unexpected outcomes, from the development of tanks in modern warfare to the accidental crowning of La La Land at the 2017 Oscars. Some of these tales are tragic, some are comic, but like the great fables and parables, each has a moral. Tim takes you aboard a doomed airship, sits you on a concert stage in front of a broken piano, and puts you in a room with cult members counting down the final seconds before the end of the world. A cast of actors joins him in telling these stories. You’ll hear the famous Alan Cumming, Archie Panjabi, who won an Emmy award for The Good Wife, and Russell Tovey from The History Boys.  Cautionary Tales from Pushkin Industries. Subscribe wherever you get your podcasts. Trust me, it would be a mistake not to. Learn more about your ad choices. Visit megaphone.fm/adchoices ... Read more

Loosen your waistbands and gorge with me until you gasp. It’s Gluttony - the devil that drives us to all kinds of addiction and excess *burp*. For information regarding your data privacy, visit [acast.com/privacy] (https://www.acast.com/privacy) ... Read more

Volkswagen Diesel Scandal - Whatever It Takes | 1

In 2006, Volkswagen executive Martin Winterkorn hatches a plan to boost auto sales in America. The way to do it? Clean diesel cars. But VW's engineers run into a wall, and so they take a troubling shortcut—one that a group of graduate students will inadvertently expose. Support our show by supporting our sponsors! Upstart - Visit [Upstart.com/AS] (http://Upstart.com/AS) to find out how low yourUpstartrate is. thredUP - For American Scandal listeners, get an extra 30% off your first order at [thredUP.com/AS] (http://thredUP.com/AS) . Terms apply. ZipRecruiter - Try ZipRecruiterFOR FREEat [ZipRecruiter.com/AS] (http://ZipRecruiter.com/AS) . ... Read more

Introducing What Next: TBD

Hey Secret History of the Future fans! We're excited to introduce you to another show we think you'll like. It's called What Next: TBD, and it's a weekly show about tech, power, and the future. Secret History's very own Seth Stevenson guest hosted this episode. Check it out, and then subscribe here: https://slate.com/podcasts/what-next-tbd or wherever you get your podcasts. Learn more about your ad choices. Visit megaphone.fm/adchoices ... Read more

The Boy Who Followed His Father Into Auschwitz

This is the most remarkable father and son story I have ever come across. We are still marking the 80th anniversary of the liberation of Auschwitz here at History Hit and this time I am talking to historian Jeremy Dronfield about an astonishing true story of horror, love and impossible survival. In 1939, Gustav Kleinmann, a Jewish upholsterer in Vienna, was arrested by the Nazis. Along with his sixteen-year-old son Fritz, he was sent to Buchenwald in Germany, where a new concentration camp was being built. They helped build Buchenwald, young Fritz learning construction skills which would help preserve him from extermination in the coming years. But it was his bond with his father that would ultimately keep them both alive. When the fifty-year-old Gustav was transferred to Auschwitz--a certain death sentence--Fritz was determined to go with him. His wiser friends tried to dissuade him--"If you want to keep living, you have to forget your father," one said. Instead Fritz pleaded for a place on the Auschwitz transport. "He is a true comrade," Gustav wrote in his secret diary, "always at my side. The boy is my greatest joy. We are inseparable." Gustav kept his diary hidden throughout his six years in the death camps--even Fritz knew nothing of it. We talked about this very rare diary, Fritz's own accounts, and other eyewitness testimony, and built a picture of this extraordinary father and son team. For information regarding your data privacy, visit [acast.com/privacy] (https://www.acast.com/privacy) ... Read more

West Africa before the Europeans

Toby Green has been fascinated by the history of West Africa for decades after he visited as a student and heard whispers of history that didn’t appear in text books. Years later he wrote ‘Fistful of Shells,’ a survey of West Africa and West-Central Africa before the slave trade, and the effect the arrival of Europeans had on those societies. I asked him about what we know about that history and how integrated this region was into the global economy. We also explored the impact of the slave trade on West Africa itself, how it turned the ruling elites against their populations which they now saw as fodder for slave traders. For information regarding your data privacy, visit [acast.com/privacy] (https://www.acast.com/privacy) ... Read more

How can beauty pageants, a competition steeped in tradition, reinvent itself in the wake of a seismic shift in women’s rights? The #MeToo movement has rocked Hollywood in a way that could not have been imagined a decade ago. It resulted in a new all-female leadership team at Miss America who are busy trying to reform their organisation. But is there really a place for pageants in today’s society? Can a competition known for its glitz and glamour really reinvent its image? ... Read more

We like it when things go according to plan. Even when it comes to death, we long to have some semblance of control over our path. So when those best-laid plans are disrupted by the unexpected, it’s only natural to assume the worst. * * * This episode of Lore was sponsored by: Harry’s: You deserve a great shave at a fair price. Get your free starter kit delivered straight to your door, which includes a weighted razor handle, moisturizing shave gel, a precision-engineered 5-blade cartridge, and a handy travel cover. Visit Harrys.com/lore to get yours today. SimpliSafe: Secure your home with 24/7 professional monitoring for just $15 a month. Visit SimpliSafe.com/Lore today, and you’ll get FREE shipping and a 60-day risk free trial. Squarespace: If you're passionate about it, show it off. Build your own powerful, professional website, with free hosting, zero patches or upgrades, and 24/7 award-winning customer support Build your free trial website today at Squarespace.com/lore, and when you make your first purchase, use offer code LORE to save 10%. Episode Resources: Episode Music: lorepodcast.com/music Episode Sources: lorepodcast.com/sources Lore News: www.theworldoflore.com/now ... Read more

In February 1990, the Nasa space probe Voyager took a famous photo of Earth as it left the Solar System. Seen from six billion kilometres away, our planet appears as a mere dot lit up by the Sun, and the image is credited with giving humanity a sense of our small place in the Universe. Darryll Morris speaks to Nasa planetary scientist, Candice Hansen, who worked on the Voyager programme. The programme is a Made-In-Manchester Production. Photo: The Earth seen as a pale blue dot in a band of sunlight (Nasa) ... Read more

The bombing of Dresden

On the 75thanniversary of the Dresden raid, historical author Sinclair McKay explores one of the most controversial Allied actions of the Second World War. He describes the devastation caused by the bombing and considers whether it constitutes a war crime. Historyextra.com/podcast For information regarding your data privacy, visit [acast.com/privacy] (https://www.acast.com/privacy) ... Read more

The rise of Hitler

As Santa Claus entered the front door of the First National Bank of Cisco, which sat on the corner of Main Street and a narrow alleyway, the grown-ups chuckled that even Saint Nick had banking business to tend to during the holiday season... Episode narrated by the Anonymous Host (https://twitter.com/casefilehost) Episode written and researched by Eileen Ormsby Creative Director: Milly Raso This episode's sponsors: HempFusion (https://www.hempfusion.com/) – Get 20% OFF your first order and FREE shipping with promo code ‘CASEFILE’ Dog’s Lounge (https://dogslounge.co.uk/) – Get 20% OFF your first order with promo code ‘CASEFILE’ Audible (http://audible.com/casefile) – Get a free 30-day trial with one free audiobook and two Audible originals. Follow the link or text ‘CASEFILE’ to 500500 SimpliSafe (https://simplisafe.com/casefile) – Get a special holiday offer from SimpliSafe. Follow the link and find out how much you can save. Offer ends December 31st  For all credits and sources please visit casefilepodcast.com/case-135-the-santa-claus-bank-robbery (https://casefilepodcast.com/case-135-the-santa-claus-bank-robbery/) ... Read more

Battle of the Teutoburg Forest

Melvyn Bragg and guests discuss the great Roman military disaster of 9 AD when Germanic tribes under Arminius ambushed and destroyed three legions under Varus. According to Suetonius, emperor Augustus hit his head against the wall when he heard the news, calling on Varus to give him back his legions. The defeat ended Roman expansion east of the Rhine. Victory changed the development of the Germanic peoples, both in the centuries that followed and in the nineteenth century when Arminius, by then known as Herman, became a rallying point for German nationalism. With Peter Heather Professor of Medieval History at King’s College London Ellen O'Gorman Senior Lecturer in Classics at the University of Bristol And Matthew Nicholls Fellow and Senior Tutor at St John’s College, Oxford Producer: Simon Tillotson ... Read more

Suicide at the Fall of Nazi Germany

There is almost no end to the dark secrets that emerge from the smashed ruins of 1945 Europe. Dr Florian Huber has spent years researching the fascinating story of the epidemic of suicide that spread through Germany as they faced certain defeat in 1945. Some people committed suicide after suffering atrocities at the hands of the soviets, others because of the trauma of allied bombing and the destruction of the conflict around them. But many did so because they did not wish to live in a world without Nazism. Dr Huber has even interviewed people whose parents tried to kill them as young children. It is a dark secret in modern German society and his book provoked an outpouring of similar stories when it was published. For information regarding your data privacy, visit [acast.com/privacy] (https://www.acast.com/privacy) ... Read more

Folklore is our legacy. We humans have carried it with us everywhere we’ve gone in the world, and it anchors us to our roots and our community. But it also does something else: it gives us a place to hide our fear, to put it on a leash and control it. And there’s one story in particular that does that better than most. * * * This episode of Lore was sponsored by: We’ll always get the future wrong, so you better get life insurance right. Policygenius makes finding the right life insurance a breeze, and could save $1500 or more per year. Find your best price and apply online at Policygenius.com. The Great Courses Plus: Hundreds of topics taught by professors and experts, all in one enormous video library. Listen or watch on your computer or mobile device. Visit TheGreatCoursesPlus.com/lore today to start your special FREE MONTH of unlimited access to their full lecture library—and don't miss my newest recommendation: Living History: Experiencing Great Events of the Ancient and Medieval Worlds. Stamps.com: Print your own postage and shipping labels from your home or office. Start your 4-week trial today, which includes free postage, a digital scale, and zero commitment. Just visit Stamps.com, click on the microphone in the top-right of the homepage, and type LORE. * * * Lore Resources: Episode Music: lorepodcast.com/music Episode Sources: lorepodcast.com/sources Lore News: www.theworldoflore.com/now ... Read more

In late 2019, Casefile spoke with a special guest related to one of our most controversial episodes. The interview was initially intended for our companion podcast, From the Files, but as we’ve since put that show on hiatus, we’ve decided to air it as a bonus, one-off release due to its importance. ... Read more

How meditation changes your brain

In 2002, scientists in the US began performing a landmark series of experiments on Buddhist monks from around the world. The studies showed that the brains of experienced meditators alter, allowing them to focus better and manage their emotions. Alejandra Martins talks to Professor Richard Davidson of the Center for Healthy Minds at the University of Wisconsin-Madison. PHOTO: A monk taking part in the experiment (Center for Healthy Minds). ... Read more